Execute the project to connect Unreal with 3drepo.io and import models

Before you start the process you must download and install the following applications: 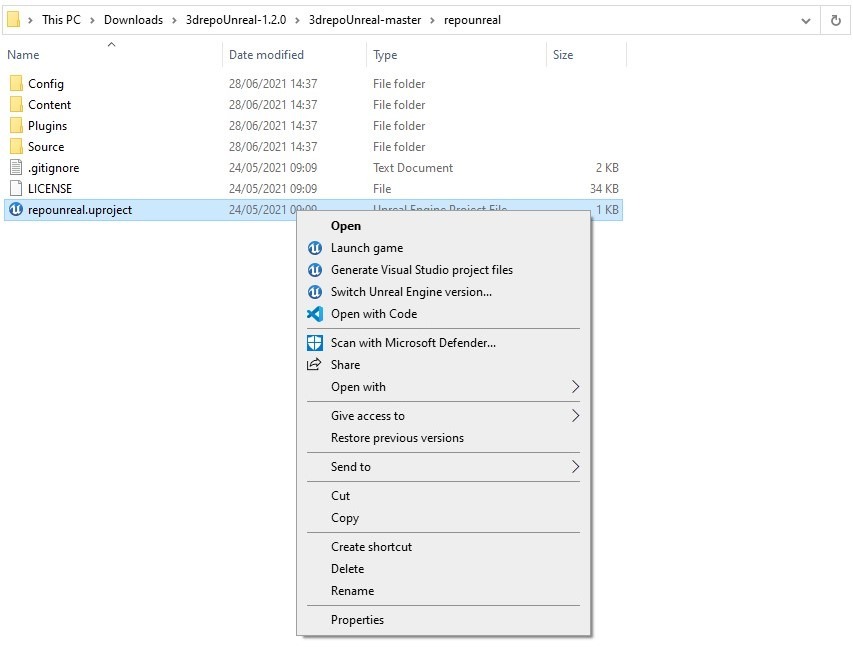 Since we already have some models in the Demo account, let's go ahead and load one of them to our Unreal Editor. We'll be using the developer tools and you must do the following:
The sample code registers two command console commands: 3drepoimport & 3drepoconvert.

The model will be imported as a new Actor in the world. The 3drepoimport command can be given at design-time (in Editor) or in-game (e.g. in Play-In-Editor mode).

Step 6. Load a model from your 3D Repo account

The project will have the demo account web configuration hardcoded in. If you want to load models from your own account you will need to update the URL & API information in the repounreal.cpp:

To load your own models into unreal editor repeat the steps shown in Step 5 using your own information for Model ID & Teamspace.

A couple of points on how units are applied to models in the plugin:

Use the Package Project option in the Editor. By default, support for Mac is disabled via the WhitelistPlatforms property to allow building on a standalone PC. Configure remote-compilation to build for Mac.

The repounreal project (Solution -> Games) has the plugin (in the Plugins folder) and project code (in the Source folder).

The plugin can be packaged and redistributed. The plugin is registered as a dependency in the project code's repounreal.Build.cs as it would be in any third-party project.

The code under Source demonstrates how to use the plugin. This is what would be replaced in a real application. The demonstration of the plugin's API is in ImportModel. The sample registers this method with the Console Manager under the command 3drepoimport.

Create a new Project
Did this answer your question?