If you aren't familiar with the 3D Repo Groups feature yet, click on each link to learn all about them:

But this isn't all as this functionality allows you to do much more in 3D Repo!

Here I'll show you how to do the following:

This workflow is particularly beneficial especially when dealing with a long list of groups within your project or if you are working with too many model revisions in 3D Repo.

The Import Groups functionality allows you to upload new or existing Groups to 3D Repo using the JSON schema. This is a great way to facilitate information exchange for data validation between different projects, federations and models in 3D Repo.

Here is how you can upload groups to 3D Repo using JSON:

You can export a custom list of JSON Groups. For instance, if you are looking to export Smart Groups or Standard Groups only, then filter those groups from the groups card settings by changing their visibility from the list then click Export Groups. 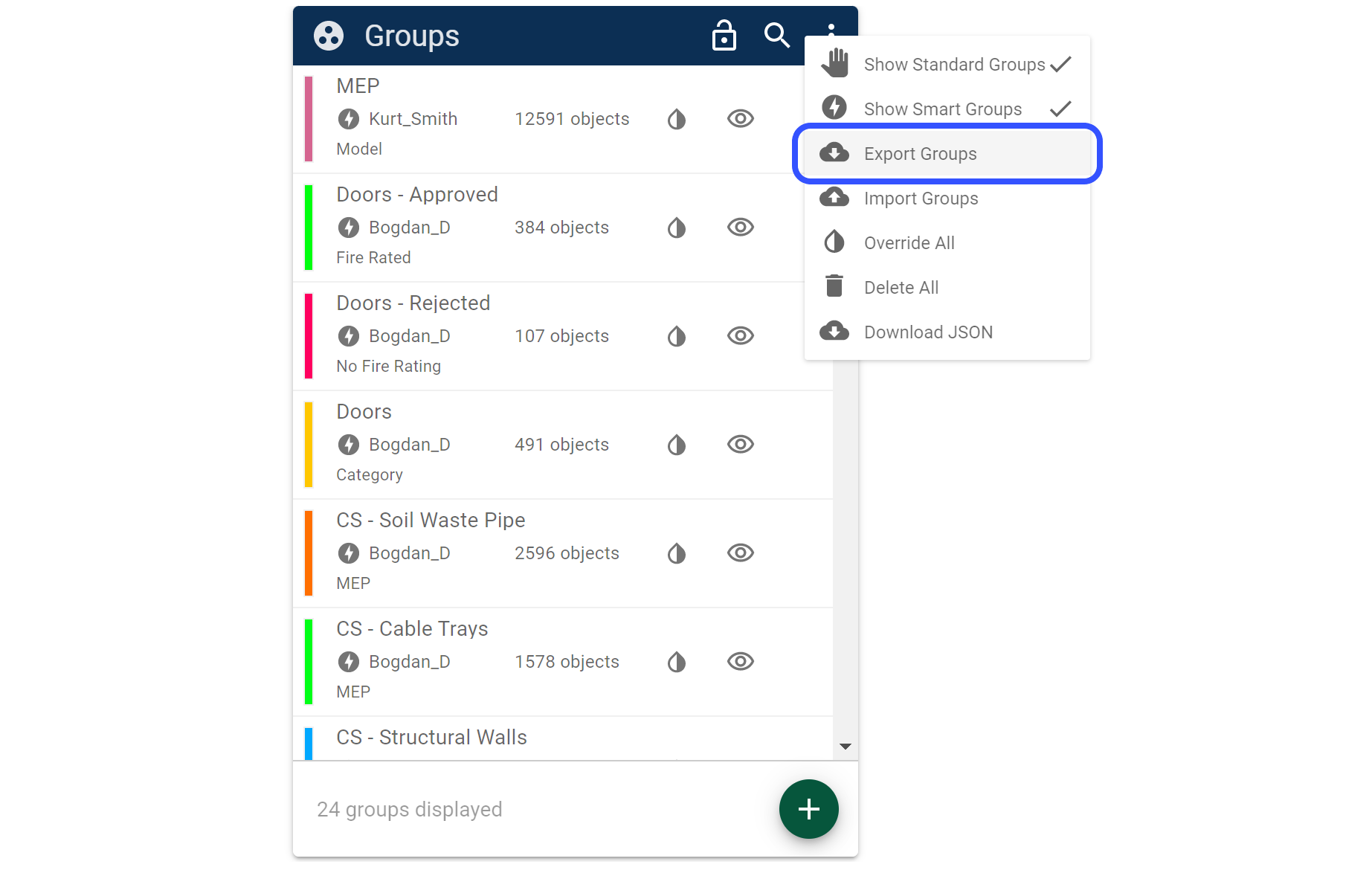 Use JSON to transfer Groups between projects in 3D Repo

Follow the same Import Groups steps illustrated above to upload the list of groups into another model/federation in 3D Repo.

1. I have imported the JSON file but nothing appears

If you're loading a long list of groups, it may take a while to appear in the Groups Card. Just refresh your browser page (CTRL + R) and the list will come through.

2. After Importing Groups, I get the error "Request Fail with Status Code 400"

This is a legacy issue with groups data that have the wrong type. Groups that were saved with dates that are string values aren't supported and need to be a number instead.

Don't you worry as you can easily fix this:

Did this answer your question?